Alison Cotton presents The Portrait You Painted of Me, a new 6-track album – her first for Rocket Recordings (released on Feeding Tube in the USA). Like Alison’s previous solo albums, the touchstones of her immersive sound are viola, harmonium and voice, merged together to create a rich suite of songs.‘Mumurations Over the Moor’ is a wordless piece of layered vocals, drifting like fog towards a sunset over the green undulations of North East England (from where she hails). ‘The Last Wooden Ship’ evokes the shipyards of Sunderland using droning harmonium and viola lines, laced with piano and percussion events, while her voice calls out like one of Tim Buckley’s Sirens urging listeners to a rocky demise.

The structure and sound is reminiscent of a post-modern approach to lyrical concerns dealt with by folk singers of the British ‘60s, but the actual arrangement is closer to something John Cale might have done with Nico on The Marble Index. As with its predecessors, The Portrait You Painted of Me was recorded at home in London, beautifully produced by Alison’s partner, Mark Nicholas, and it contains all the elements that result in the sombre, exquisite melancholy she creates. This is some serious and remarkable stuff.

“An eerie, lost folk horror soundtrack glinting in the sunshine.” The Guardian

“The power of this music is simply awe-inspiring.” The Quietus

Antique Doll are a ma-and-pa duo that create “moth-like music” in their living room. The euphonious duo are based in the UK and their music falls somewhere between a medieval lullaby and a stripped-down folk hymn. Imagine the renderings of ancient folklore set to music, echoing down the halls of an abandoned castle. The couple behind the music, Richard and Fiona, produce the music as it comes to them – without any rules or reservations.

‘Caspian Gull is a forlorn folk waltz, very much forged in the acid folk canon with subtle acoustic guitar, keys and male and female voice, and the spooky The Breathing Room [is] somewhat reminiscent of Beautify Junkyards in its combination of Wickerman-ish lullaby and unsettling Broadcast-esque electronics’ Shindig Magazine

‘The music has a weird old lady plays with ugly toys vibe that suggests cinematic portrayals of an appalling nature. Yet it also sounds pretty as hell. Go figure.’ The Wire 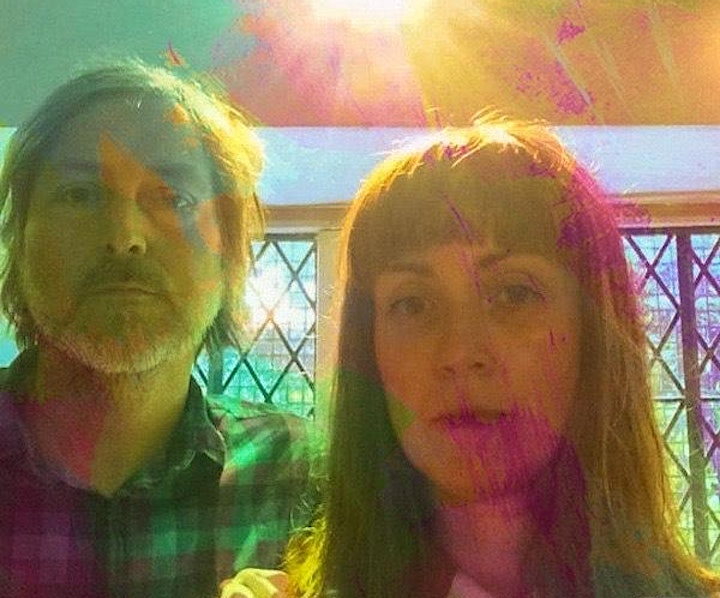