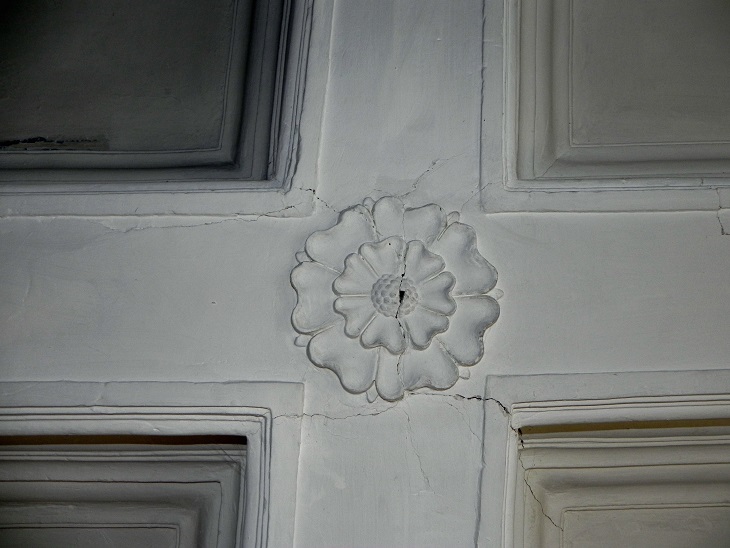 At the end of what history now calls the Wars of the Roses, the victorious king Henry VII, on his marriage, adopted the Tudor Rose, combining the Red Rose of the House of Lancaster with the White Rose of the House of York. The Yorkists used the emblem of the white rose from early in the conflict but the Lancastrians’ red rose was only used after Henry Tudor’s victory at Bosworth, after which the combined emblem was used to symbolise the union of the two factions.

Two Tudor roses can be seen at the junction of the decorative plaster which conceals the timbers supporting the floor above the Parlour. When you look closely, you’ll see that they give the appearance of a Tudor Rose with its outer and inner layer of petals. However, look more closely and you’ll notice that instead of the traditional five petals, these have seven. Why is this so? I have not been able to find any reference to seven-petalled Tudor roses.